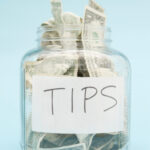 We would like to advise that should any residents wish to offer gratuities for the personnel that help to keep Sandyport a safe and pleasant place to live, payments are being collected by Marie Souder who, in previous years, has acted as Trustee for the Sandyport Staff Gratuity Fund. We are sure that the staff will be very appreciative of the recognition of their efforts and although there is no upper or lower limit on the donation, a guide value of $50 per resident has been suggested.

The Association will provide Marie with a personnel list and she will distribute the funds on December 23rd. We would ask that no gratuity funds/cheques be paid to the Association in order to avoid any confusion. Payments can be made payable to Marie Souder ON OR PRIOR to Wednesday, December 21st and left at the Sandyport Homeowners office for her collection or at the Sandyport Security Gate Main Entrance. 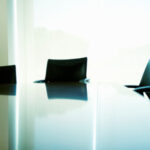 The Board has discussed a number of issues at a recent meeting and have agreed upon the following:

As of January 1, 2012 a list of addresses detailing delinquent accounts will be made available to any Member of the Association upon request.

The Association will continue to monitor the common areas for rodents and ensure that there are adequate rodent bait stations in place. Residents requiring rodent control on their private property should contact a reputable company for assistance as this service is outside the scope of the Association’s obligations.

To further enhance the health of our environment, rollout trash containers with attached lids will soon replace the existing garbage cans.

The area will continue to be for the use of all residents and their pets. There are no plans at this time to restrict the entry of pets.

The recently issued decals will be replaced by the issue of new decals that will bear the Sandyport logo in lieu of the name. A notice will be sent when they are available.

Owners of dogs that are considered a threat because they demonstrate aggressive behaviour will be asked to remove them forthwith and failure to do so will result in police involvement. The policy applies irrespective of size or breed of animal.

The school gate open times are as follows (during school days only):

At all other times the school gate is locked and unattended but may be opened upon request.

The AGM will take place at 5pm on January 20, 2012. Confirmation of the venue will be circulated soon. We are still seeking nominees for Officers and the Board of Directors. All nominees must be current members of the Sandyport Homeowners Association in good standing and preferably reside within the development (although it is not a prerequisite). If you are interested in running for the Board or would like to nominate someone, please email details to nominees@sandyportmanagement.com. 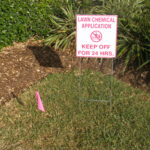 Please be advised that we will be carrying out a chemical application around the common areas of the development commencing November 21, 2011.

*** UPDATE – Work continues on December 7th due to wind conditions. The playground will be closed. 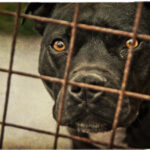 There have been legitimate concerns raised by certain residents about dangerous dogs that reside within Sandyport. Whilst the Restrictive Covenants stipulate the weight limit of dogs to those under 50lbs, the Board determined that this should be aggressively enforced where animals are considered dangerous, such as Pit Bull Terriers. The relevant Restrictive Covenant reads as follows:

To that end the Association has encouraged the co-operation of owners with dangerous dogs to arrange for their removal and if that has not been forthcoming, legal action has been instigated against the owners.

It is unfortunate that the Association must resort to legal action to promote the safety of the wider community however we would like residents to be aware that it is doing all within it’s power to arrange for the removal of such dangerous animals.

An incident has been reported to the police and the matter is being handled by them. The police have advised that any owner should report any incidents of this nature directly to them and not to the Association so they can then treat as a criminal matter.