The new Board of Directors elected by the shareholders at yesterday’s AGM is as follows (in alphabetical order):

When the Board meets, they will determine who shall be Chairman and Secretary.

DIRECTOR’S REPORT TO THE SHAREHOLDERS

On January 2nd 2010 the existing board members, Gilbert Ward, Larry Gibson, Kenneth Cartwright, Richard Gardner, Christine Berlanda, Scott Farrington and Joy Jibrilu (retired due to illness) were elected to serve until the Annual General Meeting by the previous shareholders. Mrs. Michelle Pindling-Sands was appointed at the August board meeting by the remaining board members to fill the vacancy created by the illness of Mrs. Jibrilu.

Your board members spent countless hours ascertaining the operational state of affairs of your Association, setting up the Security Committee, the Gardening Committee, the Architectural Committee, the Audit and Accounts Committee and the Legal and Compliance Committee. For many months with our previous General Manager, various members of the board had to assist on a daily basis with the day to day matters and crises that arose, personnel issues, gardening (or lack thereof) issues, equipment issues and accounting issues. It was quite a learning curve and very taxing. Special thanks go out to the various members of the above Committees for their considerable efforts. Richard Gardner walked the length and breadth of Sandyport every morning in the dark checking on the security guards and the sewerage and electrical systems and the various disasters in those areas were averted because of his considerable expertise and technical ability. We are in much better shape today, but not yet out of the woods as spare parts for the sewer system and electrical system operation are badly needed. Our sewer plant should normally be operating with two blowers and with a third one kept in reserve as a spare; right now we are operating on only one blower while the two others are in the USA being refurbished. New Blowers cost approximately $25,000 each; we need spare pumps for our seven sewer lift stations and these cost several thousands of dollars each.

Our previous manager, Mr. Glinton retired at the end of June. Our present General Manager Mr. Simon Cooper has done a remarkable job in the short time since he took over, and he was able to expose and deal with the many areas that were totally unsatisfactory in the operation of our Association. We are currently without the services of an accountant but Mr. Cooper’s considerable computer and accounting skills have stabilized what was otherwise a very unsatisfactory and archaic accounting system. Our General Manager moved swiftly to establish single handedly a website that is interactive and which allows us to communicate and receive communications in real time. Our gardeners are now trained and working fairly efficiently with proper equipment that we recently purchased and with a manager that has been able to properly schedule them and based on the feedback that we have received from you, the general maintenance of our lawns, hedges and common areas are in the best shape that we have seen them in years.

Many of you have expressed your appreciation for the visual improvement to our landscaped front entrance and guard gate. Many may no longer remember the complete eyesore that was our front entrance and thanks to the foresight of and hard work on a daily basis by Messrs Miaoulis and Chemaly, with help from some of our board members, we now have a front entrance that we can be proud of. Thanks to the discovery by Messrs Gardner and Cartwright of a large capacity diesel generator still in its packing carton hidden away in the bush behind the sewer plant, we now have a functioning generator with an automatic transfer switch installed at our guard gate so that our security and guard gates can function during power outages. We could not get any explanation from our previous general manager as to when this generator was purchased and by whom and for what purpose as it is a single phase generator and all of Sandyport (with the exception of the guard house) is three Phase. We have also installed central air-conditioning in the guard house at the gate so that our security staff can function therein during the hot summer months. We have also acquired a truck and trailer so that our gardening and other equipment and our landscaping staff (with water containers which we have never supplied before) can get to their assigned locations and back. It was quite appalling to see how little equipment and resources had been provided to them in the past and management and training was seriously lacking.

Immediately after taking over we began the process of identifying the various home and property owners in Sandyport and obtaining the information from them for the production of and delivery to them of their share certificates evidencing their share in our company for each property that they own. This is an ongoing process and it has been made especially difficult by our being given incorrect information in some instances, or no information in others, and we can only continue to encourage shareholders who sell their property to pass their share certificate to the new owner duly endorsed, with the request that the new owner present it to the Management Office with the necessary payment, and a request for a new certificate.

At this Annual General Meeting you are being asked to elect a new board of seven directors to take us forward to the next level.

Sandyport is a great and friendly boating community and for many of us, it is our home. It has been a pleasure to have been of service to you.

On behalf of the Board of Directors

SANDYPORT HOMEOWNERS ASSOCIATION LIMITED
FIRST ANNUAL GENERAL MEETING OF THE SHAREHOLDERS FOLLOWING THE TRANSFER OF CONTROL BY THE FOUNDER
AGENDA
To:  The Shareholders and the Auditors
The First Annual General  Meeting following the transfer of control by the Founder will be held on Thursday October 21st, 2010 commencing at 7.00p.m. at Tambearly School Hall, adjacent to Phase 5 of Sandyport. Entrance to Tambearly will be through the Sandyport  entrance  to the School at the Eastern end of the main road, in  Phase  5.
The following items of business will be conducted:
Secretary

(c) Election of Directors shall be by secret ballot. Every member present in person or by proxy shall have one vote for each share held. 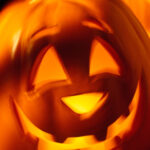 Greetings to All Residents:

September was another quiet month in Sandyport. As the year comes to a close, the Security Department pledges to continue being vigilant and aggressive in our effort to keep our Homeowners safe.  As we are all know Halloween is celebrated at the end of October and as customary, it will be celebrated in a big way at Sandyport. I wish to assure you that Security will be highly visible during the Halloween festivities.  However, there are a few safety tips I would like for you to keep in mind during this celebration:

We are progressively improving our procedures with regards to visitors and workers.  The present procedures are as follows:

A Company incorporated under the Companies ACT

To:  The Shareholders of Sandyport  Homeowners’ Association Limited

Annual General Meeting of the above company to be held on

Take Notice that at the Annual General Meeting a report from the Nominations Committee of the Board of Directors advises that the following shareholders have indicated their willingness to be nominated to serve as Directors if elected by the members: