The Annual General Meeting will take place at the Gazebo located in Phase 5 (adjacent to the pond) on Thursday March 24th, 2022. 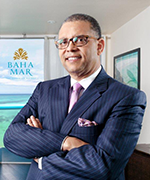 Mr. Sands, 64, is the Honorary Consul General to Japan, President of The Bahamas Hotel Employer’s Association; the Past President and a Director of The Bahamas Hotel Association; Trustee both of The Hotel Industry Management and Allied Pension Funds; Past Chairman and Director of The Nassau/Cable Beach/Paradise Island Promotion Board; Member of the Advisory Board of the Salvation Army; Member of the Vestry, St. Christopher’s Anglican Church; Director, Elizabeth Estates Children’s Home. Mr. Sands holds various other Directorships in The Bahamas.

Served on Sandyport Homeowners Association Board since December 2012. 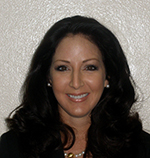 Michele Rassin-Moodie has worked in the United States as well as the Bahamas, and gained extensive insight and experience in business management. Mrs. Moodie is currently Vice President at Ports International, a local medical supply company, and was previously Vice President of Operations at Doctors Hospital where she contributed greatly to the success of the Hospital.

Mrs. Moodie studied at the University of Miami where she acquired her Masters Degree in International Business, graduating with honors. Besides having a very strong business background, she exudes generosity and willingness to support her community. She has performed a great deal of community service over the years as a Past President of the Rotary Club of East Nassau and the Doctors Hospital Dr. Meyer Rassin Foundation.

Michele Rassin-Moodie is long time resident of Beach Lane, Sandyport, and is married to Brian Moodie of RMS Insurance Agents and Brokers. Mrs. Moodie has served on the Board since 2014. 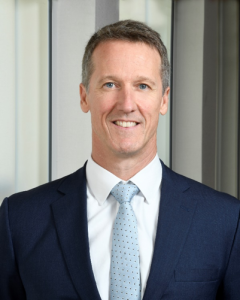 Mr. Craig Lines has been a resident of Sandyport since 2007.  He and his wife, Kim live on Governor’s Cay with their two teenage sons.

Craig previously served on the Sandyport Board in 2011.  He holds  degrees in Management and Economics and has worked in the financial markets for over twenty-five years.  He currently serves as a board member on a number of public and private companies.

Craig enjoys the ocean, boating, water sports, skiing and tennis with his family and friends.

At the next Board Meeting, the Directors will determine Officer designations and the appointment of a director to serve for one year following the resignation of Cameron Carey.

Thank you for supporting our Annual AGM and first zoom meeting on Thursday, March 24th, 2022. It went smoothly. We have acknowledged all concerns presented and will discuss them at our next BOD meeting.

At the next Board Meeting, the Directors will determine Officer designations

In order to preserve our community, recognizing the continuing social distance guidelines and restrictions on gatherings, and in light of the developing national situation, the Board has determined that there will be no formal meeting.