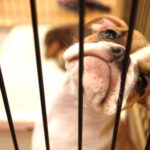 We have set up various traps to help humanely capture stray pets (specifically dogs). We would like residents to take care and ensure that their pets are not able to roam freely as they may be caught in one of the traps and ultimately end up in the care of the Humane Society.

Resident pet owners may consider including an emergency telephone number on their pet tags, allowing security to quickly reunite a captured pet with its owner. 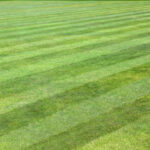 Lawns that are discolored, slow-growing, or have invading weeds or other pest problems may not be properly fertilized. Fertilizer is important for healthy, vigorous plant growth and development. Because many of the required nutrients for turfgrass are found naturally in the soil, fertilization practices focus on the supply of three primary nutrients — nitrogen, phosphorus, and potassium. Nitrogen is the only nutrient that turfgrass needs on a regular basis. Lawns may occasionally be deficient in iron, and fertilizers containing iron may be supplemented. As nitrogen is applied, both root and shoot growth increases. If too much nitrogen is applied too frequently, shoots will continue to grow yet root growth will slow, leaving the turf vulnerable to problems.

Insect feeding can cause grass to turn yellow or brown, or die, especially if the grass is already stressed. Damage usually begins in small, scattered patches, which may merge into large dead areas. However, lack of proper cultural care and use of inappropriate grass species in a particular location are more likely responsible for unhealthy or dying lawns than insects.Disease-causing pathogens, excessive or inappropriate use of chemicals such as fertilizers and herbicides, and dog urine also produce damage resembling that of insects. Before taking any insect control action, be sure that it is insects causing the problem and not something else.

Since the Association is not responsible for pest control, treatment nor the fertilisation of private gardens, it is advisable for owners to implement a good pest control and fertilization regime using a specialist firm. For further information concerning garden care click here. 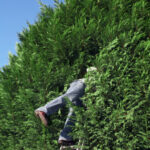 We would like to advise that we are planning to trim the hedges at the intersections where they are creating blind spots. If you have any concerns in this regard, please contact Mrs. Johnson at the office.

The work will be carried out during the first week of August. 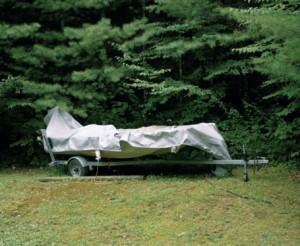 Note that the sewer plant is only open on regular business days between the hours of 8am – 4pm therefore owners may consider parking them elsewhere. 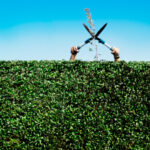 Trimming is performed on request, so we have made it easier for you to book the trimming service by clicking on the “Report a concern” sub-menu.

Simply complete the basic information required and press ‘send’ and our gardening department will be notified accordingly. 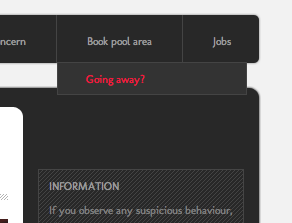 We have created a new section on the website for owners that wish to leave specific instructions with security during their absence.

Simply complete the form and the information is sent securely directly to our Head of Security for processing. 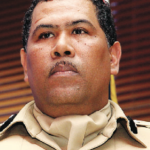 In a rare opportunity for the public to meet the Commissioner of Police and a popular Member of Parliament whose path to politics was inspired by a crime that touched his life, Bahamian Forum announced today that it will host a public discussion on crime next week.

“Crime is the number one issue on the minds of people in this country,” said Dr. David Allen, founder of Bahamian Forum. “It is not only crime that hurts us as a people, but the fear of crime that cripples us as a society. Because it is so important, we have chosen crime as the very first topic to be discussed as we mark the re-launch of Bahamian Forum. I am very pleased to announce that our speakers will be Commissioner of Police Ellison Greenslade and Member of Parliament for Bamboo Town Branville McCartney, former chairman of the Bahamas Chamber of Commerce Crime Committee.

The event, Bahamian Forum, Crime Uncorked, will take place on Wednesday, July 7, at Barnacles “formerly the Oyster Bar”, Sandyport, West Bay Street beginning at 7 p.m.. Waterfront seating will be set up to accommodate the anticipated crowd. 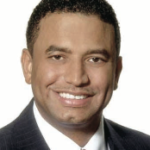 This will be the first Bahamian Forum to be held at a waterfront setting, and an opportunity to get up close and personal with the Commissioner of Police who is trying very hard to combat this epidemic in our nation and with Bran McCartney who has been outspoken about the hidden costs of crime to us and our need to be part of the solution,” said Dr. Allen, who spent the past two years studying and tracking the impact of crime on Bahamians. An internationally recognised psychiatrist, author and popular speaker, Dr. Allen founded Bahamian Forum, described as a national think-tank, in 1985 to provide an open platform for timely topics. Past sessions have ranged from the place of sports heroes to the Mudd and Pigeon Pea, an in-depth look at immigration issues.

The next session will focus on education including the rights and responsibilities of parents. That date will be announced later, but will be prior to the start of the school year.

Seating for the July 7 event is limited and interested persons are advised to arrive early. 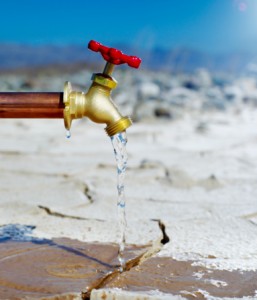 In order to improve the efficiency of water billing, we will be reading the meters once every quarter. The next readings will be carried out in September and every three months thereafter.

We will be sending future water bills on the same invoice as the service charges each month. The water component of the bill will be an estimate based on previous consumption. The quarterly bill will consist of the actual since the previous reading minus the estimated charged.

Owners benefit from a $40 per annum saving in meter reading charges. 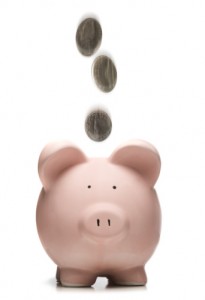 We have revisited our revenue collection procedures in a bid to collect funds in a timely manner that will enable us to deliver a better and faster service. The bills are due on the first of every month and, to allow time for preparations, we generally send them out about 2 weeks before the due date.

If there are any queries, we would ask your assistance in bringing them to our attention before the due date. If not, we would appreciate payment as close to the due date as possible.

In addition to internal changes to our procedures, we have arranged for the assistance of debt collection agencies for delinquent accounts both here in The Bahamas and the UK in order to minimise our exposure to risky debts. Since their fees are paid by the debtor, the Association bears no cost for their services.

We have already seen an improvement over the course of the last month, reducing the outstanding balances by about 9 days and we expect to see further improvements over the next few months. We thank the owners that have historically been timely in paying the service charges and would ask everyone else to assist the Association by making payment a priority.